Let's take a quick overview of the chennakeshava temple:
This beautifully mesmerizing temple is situated on the bank of the yagachi river, also known as ‘Keshava’ or ‘Vijayanarayana temple’ was built by king Vishnuvardhana in 1117 BE making it one of the oldest temples in India. Repeatedly destroyed and crumpled over by different rulers but it still stands there today beautifully. This temple is dedicated to the almighty Lord Vishnu, thatswhy it is considered as a holy pilgrimage site for those who follows Vaishnavism.
Belur is renowned for its remarkable architectural sites, sculptures reliefs and friezes, and the chennakeshava temple is a living symbol to prove all of these true. Simply speaking this is a city of iconography, inscriptions, and jubilant history. 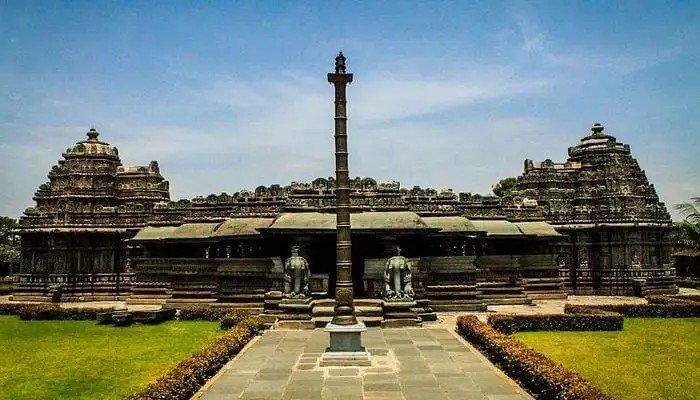 A walk through Belur’s History
‘Velur’ or ‘Velapura’, most commonly known as Belur was once ruled by the Hoysala dynasty between the 10th and 14th centuries. They were believed to be descendants of Krishna- Baladeva(Balaram) roots and yadavas of Maharashtra. It was also mentioned in some inscriptions that, they were married into the Kalyan Chalukyas dynasty influenced by their beautiful temples and traditional arts.
But some historians and antiquarians questioned the veracity of these inscriptions as potential mythistory and proposed their own theory saying they were just local Hindu families who gained power by killing tigers and lions and substantially expanding their territory. Belur remained as the laternat capital for the Hoysala dynasty throughout the 14th century.

Hoysala’s admired belur so much that they referred to it as ‘Vaikuntha’ (Vishnu's adobe) and ‘Dakshina Varanasi’. It would be really inaccurate to say they were wrong because this place is a literal definition of heaven.

Locational guide to Belur
Belur is situated about 200km away from the west of Bengaluru. Basically, this town lies on the foothills of the western ghats at an altitude of 3200 feet. Chikmagalur is the closest town to belur. If you are planning to visit belur these two towns are definitely worth checking out too.
Belur and halebidu are two neighbouring towns to chikmagalur district it's just 22km away. Halebidu has its own story when it comes to history, just like belur.
The above-mentioned sites are quite difficult to reach by public transportation but don't worry local tour and travel operators are more than happy to help you out. The government is also looking into these matters to promote tourism. Apart from that, the city is well connected with all the major and small cities in Karnataka viz,
● Chickmagalur (22km)
● Halebidu (16km)
● Arsikere (60km)
● Dharmastala (98km)
● Bangalore (224km)
● Belgaum (424km)
● Hassan (32 km)
● Madikeri (136km)
● Mysore (155km)
● Shimoga (122) 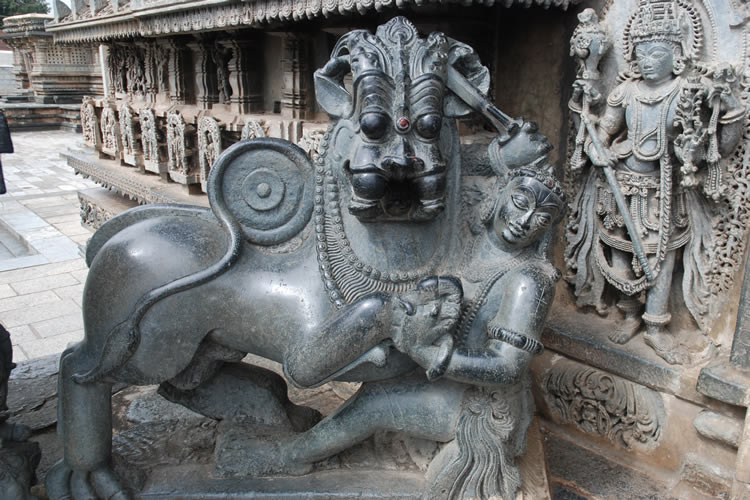 FAQs
1. Where can I stay during my visit to Belur?
Well, there are not many places to live in the heart of the city, but you can definitely find hotels and lodges nearby the city. However, most people prefer to live in the Chikmagalur district 22km away from belur. One of the finest hotels to stay in Chikmagalur is ‘Crystal inn’. Visit there today and make your every mile memory.

2. What is Belur and Halebidu famous for ?
The intricately carved temples and monuments, detailed historic fine arts, and handworks made from ivory & sandalwood and many more. These things what makes Belur famous.If you are a histrophile, you wouldn’t want to miss this place.

3. What should I buy in Belur ?
Metal items are popular Souvenirs in this temple town. Metal lamps, bells, and panchloka divinity statues can also be found in the temple, there are gift shops where you can buy terracotta ware.